You created it, you voted for it.

Now it's time to bring life to our first Community Champion Concept!

In case you don't know what this is about, take a look at this thread or the Volunteer Halloween Event.

Congratulations to Divine Sword who created a concept of an anime-styled champion with some serious abs to show off! They paid great attention to detail and added another drawing to showcase the most characteristic aspects of their concept. 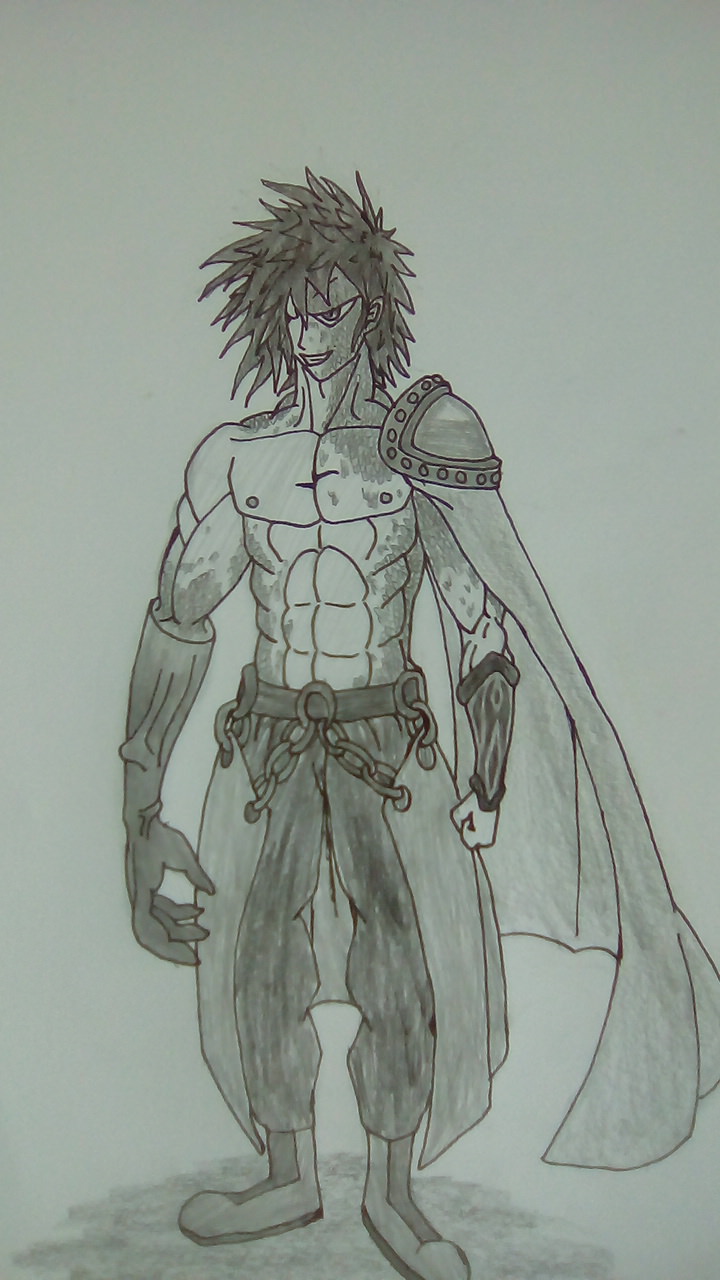 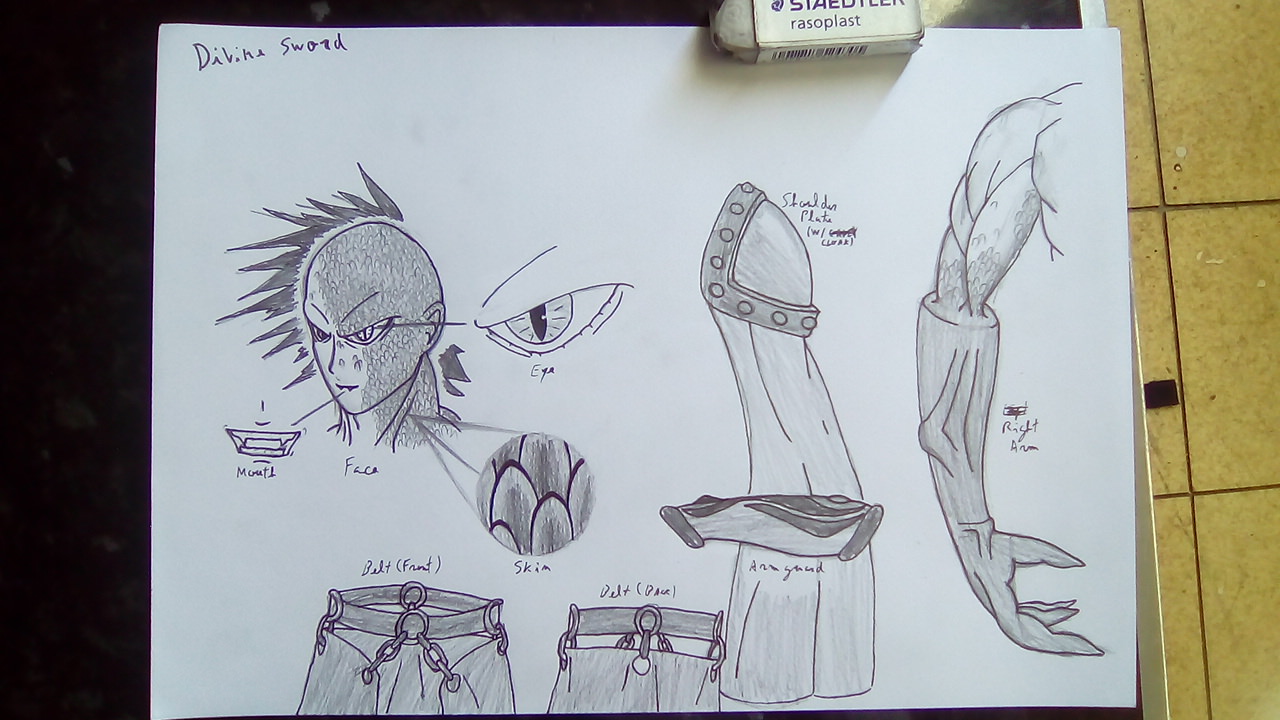 This champion has lizard eyes and is partly covered in scales, but the most striking aspects are the shoulder plate with an attached cape, and the deadly looking claw on his right arm.

How deadly he'll really be is now up to you!

Get inspired by this concept and think about what abilities, role and playstyle would suit this character! Make sure the abilities compliment the visuals of the champion!
He most likely won't heal other players with this badass claw... (unless you can convince us)

You don't have to decide on exact stats and scalings, just describe all of his abilities and give us an idea of where and how this champion would be played.
You should however aim for a somewhat realistic skillset, so don't give him crazy abilities that would destroy the game with the push of a button.
Show us interesting and unique abilities that we can get excited about and fit the style of this champion. (Bonus points if you name your abilities :P)

As always, your entries go right here into the comments. We're looking forward to seeing your awesome submissions, make sure you drop them here by Novemeber 10th!